This semester, I’m teaching a class that meets twice a week for four hours each class period—yes, four hours! When I first found out that I’d be teaching a four-hour class, I thought it would be the worst thing ever. I imagined that my students and I would be totally dead and bored by the end of class. Fortunately, I’ve discovered that it has not been nearly as horrible as I thought.

First and foremost, I try to vary the activities we do in each class period. During class, I mainly use a combination of TPRS Story-asking, MovieTalks, and Story Listening. We also do quite a bit of PQA (Personalized Questions and Answers—basically, we talk together about what we’re interested in, what we did over the weekend, and and any other random topics that come up). I find that switching between these different activities helps to keep things interesting and keeps the students engaged.

Another trick to making it through the four-hour class is to use brain breaks. Brain breaks are very short activities (usually only a few minutes) that give students a short break from whatever they are learning and that usually require some kind of body movement. As this article explains, moving the body helps to increase the flow of oxygen to the brain, which helps people to focus better and to retain new knowledge. So brain breaks are very important, especially in a four-hour class, but even in shorter classes, too.

I think that brain breaks often get overlooked, especially in classes for adults. Most of us 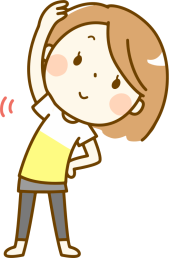 know that children need time to move around, but we forget that adults need it, too. When children get restless, the signs are usually more obvious, as they often start fidgeting or being disruptive. Adults, however, usually don’t show these outward signs of restlessness. When adults start getting bored or tired during class, they usually just sit quietly, though their mind might be totally zoned out. Most of the sources I’ve seen say that adults have an average attention span of about 20 minutes. So I try to remember to give my adult students brain breaks regularly, even if they aren’t showing outward signs of restlessness.

Here are a few of my brain break ideas:

In addition to brain breaks, I try to use some other activities that get students moving while they are receiving comprehensible input. After doing a story (either through TPRS Story-Asking, MovieTalk, or Story Listening), I sometimes review the story in a way that makes students move, such as playing a Charades-style game in which students are each given a sentence from the story that involves some kind of physical action. Each student acts out their sentence, and the other students guess what it is. I also sometimes use “Simultaneous Acting,” as described here by Martina Bex. Running Dictation is another good idea.

Some of these activities have the added benefit that they give us teachers a little break, too. Teaching is a lot of work, especially for us comprehension-based teachers who are trying to give our students as much input as possible, which means we are standing in front of the class and talking for a lot of the time. It’s exhausting! When I’m doing my lesson planning, I try to remember to build in activities that will allow little breaks for me so I can sit down for a minute or two and drink some water—especially in these longer class periods. Taking care of yourself is important, too!

One thought on “Getting Students Moving During Class”

Loading up my little darlings with Comprehensible Input
What do you think you're doing?